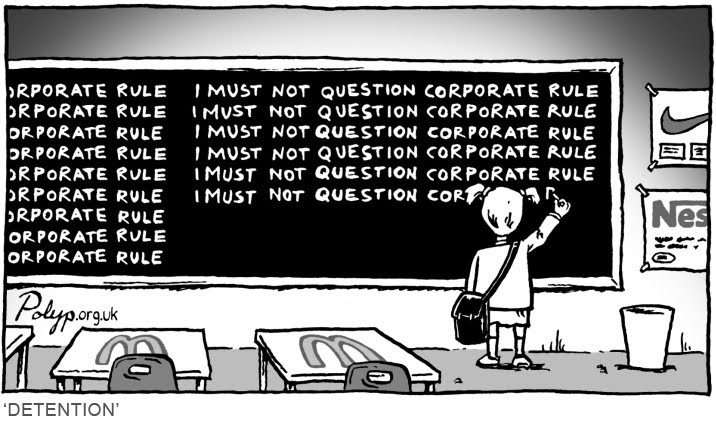 Maybe we can’t choose whether or not to be complicit with certain forms of power. Maybe we can only choose which complicities we’re willing to live with.

I’ve been thinking about complicity a lot recently, but in some ways I’ve been thinking about it since I first took a position at a private school. My commitments already lay with public education, but no public schools were offering to hire me, so I figured out how to keep using higher education as a tool for social justice while teaching at a private institution. I figured out how to live with a certain form of complicity for the sake of pursuing the larger goal of social justice through education.

Several months ago, public theologian Robyn Henderson-Espinoza commented in a Facebook post about resisting the complicities of academic institutions while still having to grapple with capitalist complicities. After all, one way to support public intellectual work without a full-time position in corporate academia is through crowd-funding, which relies on other corporate entities – including the credit card companies that make it possible for people to donate through such sites.

I’ve chosen the very complicity that Henderson-Espinoza resists: complicity with an increasingly corporate, neoliberal system of higher education. Like many corporate employees, I work for an institution that is relentlessly squeezing more and more production out of fewer and fewer people. Class sizes are going up; faculty and departments are judged more on literal quantity (How many majors? How many articles? How many books?) than on quality; staff are burdened with carrying out more and more tasks for more and more departments and programs; what they can no longer manage to cover falls to faculty to get done. It’s easy to be drawn into this system of value-added assessments and strive mightily to exceed expectations, as though not just our opportunities to do the work we care about or to pay the bills but our very worth depends on how such a system assigns value to us.

When I look back over my life, will I care exactly how many articles I published or precisely which point in the University of California’s seductive “step” ranking system I reached before retirement? I hope not. I hope that I’ll care that I made a difference, that what I did in my life changed something for the better, somewhere, for someone. I work toward these goals in many ways, but one of the most important of these is teaching. I still believe that education can change the world; I still believe that teaching can be a critically important form of activism. My gospel was written by scholar-activists like Paolo Freire and bell hooks.

To be a teacher who can reach under-served students with the kind of education I have to offer, I pretty much have to be at some kind of school. To offer not only education but the kind of degree that will open more doors for my students in a racist, classist, ableist, heteropatriarchal, settler colonial society that masquerades as a meritocracy, I have to be at an accredited school. And so I choose complicity. To make the kind of difference I want to make, I choose to work at a corporate, neoliberal, state-controlled institution. To me, that tradeoff is worthwhile. To others, it isn’t. I think both choices are valid, important, and worthwhile.

Do we really have to accept complicity? Are we stuck with the lesser of evils? I think so. I do believe that we need a vision, a goal, a utopian ideal in order to keep questioning. I think it’s critical that we be aware of our complicities, that we always choose them carefully and perhaps reluctantly and work to mitigate their effects. But I think that insisting on a total refusal of all complicity is impractical; it borders on a kind of activist purism that risks drawing all of our attention to scrutinizing ourselves and each other rather than forging ahead with imperfect movements that can nevertheless make important changes in people’s everyday lives.

In one of her most accessible and teachable articles, Judith Butler remarks that “there are nuanced and individual ways of doing one’s gender, but that one does it, and that one does it in accord with certain sanctions and proscriptions, is clearly not a fully individual matter.”[1] Gender presentation, in other words, is complicit with existing gendered and sexed (and heterosexed) structures of power. But that complicity isn’t total; if it were, then trans and genderqueer and non-binary folks wouldn’t exist, or would exist only within tight constraints. Butler may see power as all-encompassing, but she sees possibilities for resistance from within such systems even as she refuses the possibility of resistance from without simply because there is, for her, no outside to power. Complicity is a necessary evil in such a world, but it doesn’t foreclose the possibility of disrupting the system from within. The trick, then, is not to find a pure space free of all complicity, but to choose one’s complicities carefully, with both an awareness of the harms inherent in them and an eye to where and how they can best be subverted.

What are your complicities? What do they allow you to accomplish? What subversions are possible from within them? Is this constellation of subversions and complicities the right one for your priorities, your values, your vulnerabilities? Perhaps these are the questions we should all be asking of ourselves.

Image from Philosophers for Change: https://philosophersforchange.org/2016/02/09/capitalism-and-the-efficacy-of-education-reform/

Melissa M. Wilcox is Professor and Holstein Family and Community Chair of Religious Studies at the University of California, Riverside. She is the author or editor of several books and journal issues, and numerous articles, on gender, sexuality, and religion. Her books include Coming Out in Christianity: Religion, Identity, and Community; Sexuality and the World’s Religions; Queer Women and Religious Individualism; and Religion in Today’s World: Global Issues, Sociological Perspectives. Her newest work, Queer Nuns: Religion, Activism, and Serious Parody, will be published in Spring 2018 in the Sexual Cultures Series at New York University Press, and she is at work on two textbook projects in the areas of queer studies and sexuality studies in religion. View all posts by Melissa M. Wilcox

It’s part of both academic ethics and feminist praxis to acknowledge your sources. But footnotes and blogs don’t really go together, so this sidebar is a general expression of gratitude and indebtedness to the many thinkers, writers, artists, and activists who’ve influenced me over the years.

The most important, for many years, have been womanists, feminists of color, and queer people of color. Liberationist thought more broadly has also been important to my work, as have those threads of Marxism that consider religion in more complex ways than Marx himself was willing to do. I’m learning more from trans theory and trans scholars each year. I’m powerfully drawn to disability theory, particularly from folks who bring it together with feminist and queer theory. And I’ve learned from and worked alongside feminist, queer, and trans thinkers of all races, ethnicities, genders, generations and ages, abilities, and nationalities, both within and – equally importantly – beyond the academy.

My work is often a reconsideration of or a different angle on existing approaches to the problems I’m considering, so it couldn’t exist without the wisdom and provocations of those who have taught me – both those who’ve cleared a path in the academy for my own work and well-being, and those for whom I’m attempting to clear a path in turn. If we don’t let our students as well as our teachers teach us, we are doomed to stagnation.